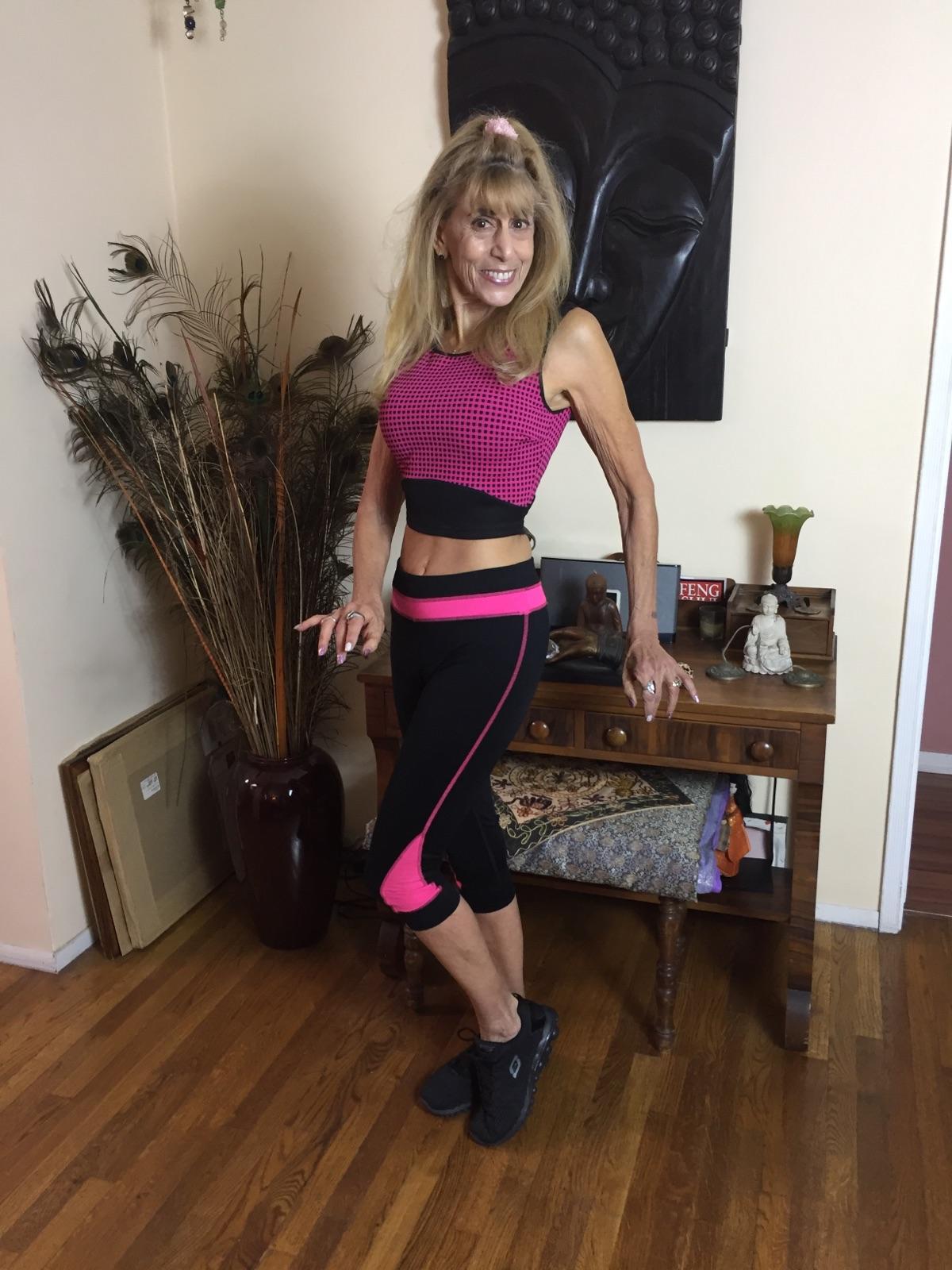 the science of saba

Saba has spent all of her life in front of or behind the camera, and has been involved and won many awards, (including an Emmy), She has been in just about every facet of show business since the age of six. She has worked as a dancer/choreographer, actress, stunt girl, stand up comedienne, writer, producer, and director in all forms of media, including film, television, stage, stand-up comedy, music videos, and even a stint in the circus. She is still actively producing with PowerSource Productions.

In 2012, Saba started her journey into fitness and competed with The Natural Body Building Association. She did a radio show on fitness learning even more about health, fitness and anti-aging along the way, Saba won first place in her division in every competition up to date, made TEAM USA, and competed Internationally against 23 other countries, and is the undefeated Senior Division International Bikini Diva / Sports Model Champion for 10 years in a row.

Saba has published a children’s book, DINOSAURS & DONUTS, a work out CD called SABA'S AUTOSIZE, which turns your car into a personal gym, a book on health, fitness, and anti-ageing called CHANGE YOUR THINKING, CHANGE YOUR BODY WITH THINK IT, DO IT, BE IT, plus a workshop of the same name, two workout videos, a cookbook from a non-cook, and a book on how to take the gamble out of gambling called THE CONSCIOUS GAMBLER. Saba continues to teach her workshop on her THINK IT DO IT BE IT Process and the Life Play Workshops, with her husband Jeff Doucette, while keeping creative, active, and youthful even now in her 80's.

In 2017 she was signed by Bill and Gayle Gladstone of Waterside Productions to write her new book, FIT FOR LIFE, THINK IT, DO IT, BE IT, published in 2018.

She started off 2019 with a bang, with Erik Lundmark of Leomark Studios producing her TV show Never Too Old Never Too Late. Watch all episodes now on tubiTV.

2022 has become a busy time for Saba as she actively creates a new downloadable workshop, The 21 Day Think It, Do It, Be It Process, creating new videos, and stays active in her production career.

It takes a great team to bring an inspirational personality to a world of prospective hearts and minds. From editors, publishers, collaborators, production teams and marketing, meet the key components of Saba's dream team.

Waterfront Digital Press founder William Gladstone is also the founder of Waterside Productions Inc., one of the most successful independent literary agencies in the world. Under Bill’s supervision, Waterside has successfully agented more than 10,000 books and generated in excess of three billion dollars in retail book sales. Read more . . .

Gayle is the publisher of Waterside Productions, that enables qualified authors to take more control and responsibility for publishing their work and building an audience. In collaboration with Amazon’s White Gloves program, Waterside empowers authors to take charge of publishing and distributing their own works throughout the world. Read more . . .

Prolific actor, director, author and master of improvisational comedy, Jeff Doucette is partnered with wife Saba Moor-Doucette in creating life-empowering creative improvisational workshops, called Life Play. Together, they are committed to the betterment of the human condition through creative endeavors and spiritual growth. Learn more about Jeff . . .

get in the loop and stay empowered

Interested in attending a Master Class associated with any of Saba's books? You're in the right place.